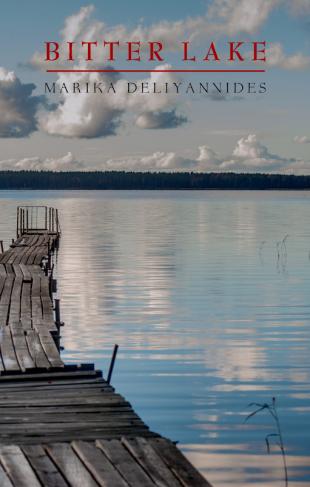 Reconciliation is the author’s best book yet, the prose as tight and polished as previous books, but the observations arguably more mature and generous.  Admittedly, I am already a fan of Speak’s work— having read her novel, The Wife Tree (Random House, 2002), and one of her other collections of stories, Object of Your Love (St. Martin’s Press, 1998)—but these powerful stories grew roots when I read them. They’re still growing now.

Speak’s talent for creating believable characters makes Reconciliation an intimate, occasionally uncomfortable read. I sometimes felt as if I were learning the unwelcome secrets of close friends, and rather than judge, I needed to examine my own flaws and inconsistencies. Speak points unerringly to weaknesses in relationships and character, perhaps more often than she points to strengths, and this unsentimental ability gives her writing clout.

Over the course of Zoe’s week in her childhood home, she faces a mother with whom she invariably feels at odds, an antagonistic sister, doubts about her pregnancy, lingering desire for an old boyfriend, and unresolved feelings about belonging in general. As her visit progresses, readers learn that a single incident resides at the heart of these disparate struggles.

Throughout the novel, Deliyannides writes about family with such authority that anyone not raised amidst a Rockwell tableau will be roused to uncomfortable familiarity as Zoe deals with “the fog of my sister’s sulkiness,” and with “nostalgic moments that open me up like a wound.” Her lighter observations include “throw cushions strategically placed to hide nail polish stains” and “…the embroidered deer-head coasters that sit neatly stacked atop the coffee table...”

[Reconciliation  is Speak's best book yet…]

Benta, in “The Opposite of Truth,” jogs every day in a neighbourhood “that has more to do with what Benta once had and threw away than with what her life is now.”  She hopes that her friend Lourdes, ill with cancer, “her raw temples, pale and smooth as soap,” has “left her something in her will…She hopes their friendship is up to at least that. She’s not Lourdes’ friend because of this prospect, but it’s an inducement not to cross her.” Nevertheless, any pity you feel for Lourdes won’t last.  She dates Benta’s former husband for a while when he and Benta divorce, her explanation that “they connect on an intellectual level.” Her friendship with Benta is forged on familiarity and perhaps a desire for deeper intimacy, not on the mutual respect that might allow it. In defense of her behaviour, Lourdes says, “Isn’t that the precept of modern relationships? To fracture and wound and betray and humiliate?”

Certainly in the lives of Speak’s characters, this feels true, and yet the overall tone of the book is hopeful, not bleak. Speak’s characters are strong; they survive their pain gracefully.  They adapt, and move on, sometimes harder because of what they’ve learned, and sometimes softer, but always altered. They live the adage, “We can’t choose what happens to us, only what we do about it.” And as Benta notes, “There don’t seem to be any purely right choices.”

In “Windfall,” a wife accepts the inevitability of her divorce and adapts, as others around her have adapted, perhaps even to recognize that she’s better off on her own. “Life has its own ebb and flow,” she’s learned, “and it’s wise to swim with the tides, keeping your chin above the crest of the waves as best you can.”

In the title story, “Reconciliation,” even nine-year-old Imogene must learn to carry on as best she can when her mother leaves. When her mother tells her she doesn’t need to take sides, Imogene cares little about why her mother left her father. “What she wanted, without knowing it, was to understand why her mother had left her behind as well.”

Reconciliation is about not having all the answers, about how people of all ages move forward when unexpected events change everything. The one certainty in love, Speak seems to say, is that it both rewards and wounds.

These are high-calibre, thought-provoking stories about love and loss, beautifully written.